Charliessports.com produces it for Sports Betting. Free Baseball Predictions are the best in the industry and will continue through 2019 World Series in November. We’re always providing BETTOR Friendly cards. Our signature 500* premium Betting Predictions are unreal & I promise you won’t regret purchasing, cash in Daily. 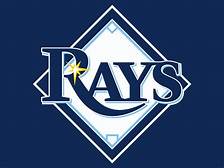 The (55-40) Tampa Bay Rays look to extend their two-game win streak tonight in Gotham after they took three of four from Baltimore including Sundays 4-1 victory as 210 road FAVORITES. Tampa Bay is second in the division six-games behind tonight’s opponent, and they’ve been victorious in six of eight following a win. After dropping six consecutive vs. The Yankees they won the final two of a four-game set earlier this month with UNDER bettors cashing in both.

Blake Snell (5-7) with a 4.70 era will be on the pitcher’s mound for the opener. The lefty had five starts last month and ended up with an (11.94) era in June, and it’ll be his third turn against the Yankees in his previous five outings. The last time he threw at Yankee stadium he gave up six runs in a third of an inning before getting pulled from the game. Tampa Bay has come out on the winning end twice in eight attempts against the Bronx Bombers with Snell pitching.

The top team of MLB handicappers at Charliessports.com is winning at over 70.7% on our 500* MLB Betting Picks with another winning card today for 35.00.

Bovada.Lv List the Tampa Bay Rays win total at 74′ games for the 2019 season.

The (59-32) New York Yankees look to continue their domination over divisional opponents after taking two of three against Toronto over the weekend including a 4-2 victory yesterday as 205 home FAVORITES. UNDER bettors have cashed in tickets their previous five overall. The thirty-three home wins are tied with Houston for the best in the American League. Giancarlo Stanton along with Jacoby Ellsbury is on the injured list and designated hitter Edwin Encarnacion was held out of yesterday game with an arm injury. However, Manager Brett Boone continues to find reserves to perform at an elite level, which will pay dividends during the stretch run.

Lefty James Paxton (4-2) with a 4.10 era will be on the hill for the home team. His last outing against the Rays resulted in a 2-1 loss in the Sunshine State on July 7th where the lasted six innings giving up two runs on six hits.

This Sports handicapper can’t trust the home team as such prohibitive FAVORITES, which is why the Ray+150 is the WINNER.

Bovada.Lv List the New York Yankees win total at 96′ games for the 2019 season.

Free Pick.  Rays+150. Also Play Online Poker Plus Other Casino Games and enter some of the best  Tournaments on the World Wide Web.