The NBA Television Networks will broadcast the game.

Charliessports.com produces it for Basketball Betting. NBA Expert Predictions are the best in the industry and will continue through the 2020 NBA Finals in June. We’re always providing BETTOR Friendly cards. Our signature 500-star premium Predictions are unreal & I promise you won’t regret purchasing, cash in Daily.

The (22-28) SU, (22-27-1) ATS Atlanta Hawks were taken down Tuesday Night 129-102 by the Lakers as eleven-points road UNDERDOGS AGAINST THE LAS VEGAS NUMBER for the second loss in a row. DeMar DeRozan (23.2 PPG, 5.7 RPG) led San Antonio with twenty-eight points while getting outscored 62-50 in the post. Power Forward LaMarcus Aldridge has scored ten or fewer points in three of the last four games. San Antonio is 6-0 AGAINST THE SPREAD their previous six following a double-digit loss. OVER bettors have made profits in four of the Spurs’ previous five on the road. The Spurs ninth-ranked scoring offense averages (113.2) PPG while they rank seventh from the field and beyond the three-point line.

A key to a San Antonio SU/ATS victory is to play perimeter defense to stop the prolific Portland backcourt while getting more offensive production from Aldridge.

The top team of handicappers at Charliessports.com is winning at over 70.2% on our 500 star NBA, NCAA Football/Basketball, NHL and NFL Betting Picks with another profitable card today for 35.00. 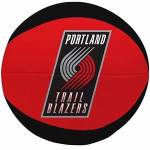 The (23-28) SU, (20-29-2) AGAINST THE POINT SPREAD Portland Trailblazers lost at Denver 127-99 as 4’point UNDERDOGS snapping a four-game winning streak. After trailing 37-28 at the end of the first quarter Portland was only able to produce ten-second quarter points. The Denver defense did an outstanding job holding the red-hot Damian Lillard to twenty-one points including a one for six performance from downtown. Head coach Terry Stotts will rally the troops in front of the home crowd. OVER bettors have cashed in tickets in eight of the Trailblazer’s previous nine overall. Portland is 0-4 ATS their last three at home vs. A team with a SU losing record. The Trailblazers have a prolific backcourt with Lillard and CJ McCollum both will play with more offensive explosion against a mediocre San Antonio defense.

The top team of Handicappers believes before it’s all said and done Portland will compete for the Western Conference Finals. Injuries to key post players have taken a toll but Stotts is keeping hope alive.

Charliessports.com is going with Portland as THREE point home FAVORITES ATS but not on the MONEYLINE for the price, as the game could come down to the final possession.

Free Prediction. Portland-3 Points. Also Play Online Poker Plus Other Casino Games and enter some of the best Tournaments on the World Wide Web.

Charliessports.com produces it for Basketball Betting. NBA ATS Betting Picks are the best in the industry and will continue through the NBA Finals in June of 2019.

We’re always providing BETTOR Friendly cards. Our signature 500* premium ATS Predictions are unreal & I promise you won’t regret purchasing, cash in Daily.
The (4-20) SU, (8-16) Phoenix Suns will try to break a six-game losing streak both SU/ATS. Phoenix has been as bad as expected through the first quarter of the 2018-19 season. The latest a December 4th, a 122-105 defeat to Sacramento as 5′ point home UNDERDOGS ATS.

Sacramento got off to a 36-9 first-quarter lead, never looking back in victory.

The (13-11) SU, (11-13) ATS Portland Trailblazers have dropped six of seven and have not had a POINT SPREAD cover since November 18th. Portland is 8-4 SU playing in front of the home crowd this season. They’re four games behind first-place Denver in the Northwest division.

The Trailblazers got outscored 34-20 in the opening quarter in their latest loss to Dallas as 2 point road FAVORITES ATS.

Thursday’s game is at 10:05 PM EST at Moda Center in Portland, Oregon. The Local Television Network will be broadcasting.

The Betting Line has Phoenix as 13 point road UNDERDOGS ATS. The TOTAL is 214′ points for Thursday’s contest.

Trade rumors surrounding 33-year-old forward Trevor Ariza are swirling around the Phoenix Suns organization. The former Rockets star has plenty of value with an ability to clamp down on defense and shoot from the perimeter.

Phoenix wants a quality point guard to distribute, freeing up Devin Booker (out tonight) to freelance on the wing.

The Suns (103.0) points per game are 28th in the league while the (45.6%) shooting from the field ranks 17th in basketball. Booker (23.5) ppg along with TJ Warren whos out with a hamstring injury, (17.7) are the primary offensive weapon. The organization wants 2017 number-four overall draft pick, Josh Jackson, to play a more prominent role, and he’ll get his chance tonight with the two top scorers out.

Rookie Deandre Ayton is the real deal and is showing why he was the top overall pick this season grabbing a team-best (10.2) rebounds per game. The Suns 25th ranked defense allows opponents (114.0) points per game; the last two opponents have scored at least 120 points. Phoenix allows the opposition a high shooting percentage which must be corrected.

Forward Ryan Anderson has been a disappointment since coming over from New Orleans but provides leadership to the youthful roster. Phoenix knows that Portland is desperate for a victory.

However, it’s going to be tight with Booker and Warren out tonight.

The Portland Trailblazers front office didn’t make any drastic moves after they got swept in the opening round of last season’s playoffs. Portland began the season playing efficiently at both ends of the court, but now fans around the city are questioning head coach Terry Stotts.

As expected All-Star point guard Damian Lillard is playing at an elite level. However, role players such as Zach Collins, Moe Harkless, and Al-Farouq Aminu are struggling which reminds the faithful of the Pelicans playoff series.

Lillard average a team-high (27.3) ppg on a unit that produces (112.5) points per contest. If the season ended today, Portland would be the number-seven seed in the Western Conference. Portland allows the opposition (111.7) points per game, 20th in the NBA on a dismal (46.0%) shooting from the field which is too high.

Portland excels at forcing turnover; the (12.2) is the 2nd league-wide. CJ McCollum is questionable for tonight’s game after suffering an ankle injury.

A key to a Portland win tonight to come out and play with enthusiasm; someone other than Lillard has to produce on offense.

Bovada.Lv list the Portland Trailblazers win total at 42 games for 2018-19.

Free Pick. Phoenix+11′ Points. Also Play Online Poker Plus Other Casino Games and enter some of the best  Tournaments on the World Wide Web. 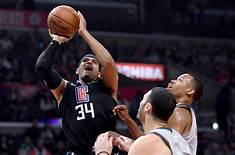 Charliessports.com produces it for Basketball Betting. NBA ATS Predictions are the best in the industry and will continue through the NBA Finals in June of 2019.

We’re always providing BETTOR Friendly cards. Our signature 500* pick premium ATS Predictions are unreal & I promise you won’t regret purchasing, cash in Daily.
The (6-4) SU/ATS Los Angeles Clippers are on a two-game winning streak both SU/ATS after their 120-109 home victory over Minnesota as a five and a half point home FAVORITE ATS.

Los Angeles is tied with Sacramento for second place in the Pacific division both teams trail Golden State by three and a half games. Forwards Tobias Harris and Danilo Gallinari scored twenty-two points apiece in the win over the Timberwolves as the Clippers outscored the T-Wolves in each quarter.

The (8-3) SU/ATS Portland Trailblazers have the third best record in the Western Conference behind Golden State and Denver. Portland beat an excellent Milwaukee team 118-103 SU as a two-point home UNDERDOG ATS.

They’ve won 5 of six SU, and from the looks of things, the Northwest could be the most competitive in Basketball. Denver, Minnesota, Utah, and Oklahoma City could all qualify for postseason play.

Thursday’s game is at 10:00 PM EST at the Moda Center in beautiful Portland, Oregon. The Local Television Network will be broadcasting.

The Opening Betting Line has the Clippers as five-point home FAVORITES ATS. The TOTAL is 225 points for Thursday’s contest.

Los Angeles Clippers head coach Doc Rivers seems to always have the team in the thick of the playoff hunt only to fall short when it counts the most.

Management decided to part way’s with Blake Griffin along with Chris Paul last season and DeAndre Jordan signed with Dallas in July of 2018. Rivers seems to have the new cast of characters playing with a sense of purpose. Small

Forward Tobias Harris tops the team with a (21.3) ppg scoring average on an offense that averages (116.2) ppg which ranks eighth in the league. The Clipper is especially good shooting from beyond the three-point line as Harris, Gallinari and Lou Williams averaging over 40.0% good enough to be ranked third league-wide as a unit. Even without Griffin and Jordan who were known to be terrific in the post, the Clippers are still among the top ten leading rebounding teams.

In Doc Rivers fashion his team is efficient on defense as opponents are shooting just (43.2%) good enough for fifth in the league.

The Clippers can run with any team in the league except for Golden State; the Clippers play a similar style as Portland with the only thing separating them, and that’s the star power of Portland All-Star guard Damian Lillard.

All seems well in the Rose City even after last season’s debacle in the first round of the playoffs. Head Coach Terry Stotts welcomes the challenges of the 2018-19 season with a competitive attitude. He’ll have too as every team in their division is capable of making the 2018 NBA Western Conference finals.

Before the season began, all of the talk surrounding the Northwest division was about the Utah Jazz, but Denver is performing at an elite level so far.

The first round exit against New Orleans the Blazers lost game-one by two points 97-95 but the final three the Pelicans increased their scoring. In game four Portland allowed 131-point which sent them packing for the summer; it also could have been fools gold for New Orleans who’s scoring but are challenged on defense this year.

Stotts has put a premium on defense this season, and it’s paying dividends as the Trailblazers are allowing opponents (107.4) ppg which is sixth league-wide. Portland must continue to play tight defense the way the rest of the division is trending, Denver in particular.

Free Pick. Portland-5 Points. Also Play Online Poker Plus Other Casino Games and enter some of the best  Tournaments on the World Wide Web.