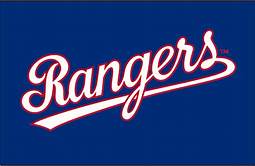 The Local Networks will broadcast the game.

Charliessports.com produces it for Sports Betting. MLB Expert Predictions are the best in the industry and will continue through 2019 World Series in November. We’re always providing BETTOR Friendly cards. Our signature 500* premium Betting Predictions are unreal & I promise you won’t regret purchasing, cash in Daily.

The (17-17) Texas Rangers have won three of four including a 9-6 interleague victory against Pittsburgh Wednesday as 115 road UNDERDOGS. Slugger Joey Gallo hit his 100th career home run yesterday and reach the goal in 377 games making American League history. Meanwhile, Elvis Andros went 3 for five in the win for his fifth three-hit performance of the season. Texas is 4-2 in six games vs. Their in-state rivals with Gallo 7 for 17 with two homers and nine RBIs. OVER bettors have made a profit in 7 of the Rangers previous eight on the road but you can believe the Astros pitching staff is aware of how they’ve been hitting the baseball.

Lefty Mike Minor (3-2) with a 2.40 era will be on the hill tonight. The 31-year-olds last appearance against Houston was brilliant going seven innings, allowing five hits in a 4-0 win and the Astros batters remember the gem he pitched. This Sports Handicappers has a free play on this contest and also while viewing don’t forget about our 500* NBA Trifecta Lock for 35.00, where we’re red hot going 3-0 Wednesday.

Bovada.Lv list the Texas Rangers win total at 71 games for 2019. 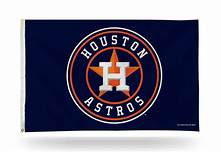 The (22-15) Houston Astros took two of three from Kansas City including a 9-0 victory Wednesday as 230 home FAVORITES. Public bettors who’ve wagered on Houston this season are down $300.00 per hundred due to their overinflated lines; they’re usually 2/1 or 170 favorites in most games which is a scary proposition paying nearly double with each loss. The Astros are 12-4 this season at Minute Maid Park which is the best home record in the American League, and they’re 11-5 vs. Division opponents.

Houston has a three-game lead on second place Seattle in the AL West but has struggled at home against Texas which makes this series a priority for the coaching staff and the players from a confidence standpoint. Wade Miley (3-2) with 3.20 era gets the start for Houston tonight. His last appearance lasted six innings, giving up two runs on six hits in a 14-2 road victory over the Angels. However, he’s 2-5 with a 5.86 era in nine career starts vs. Texas and has held Hunter Pence in check in the batter’s box. Both teams will swing the bat well tonight which is why we’re going OVER the total.

Free Pick.  OVER 9 Runs. Also Play Online Poker Plus Other Casino Games and enter some of the best  Tournaments on the World Wide Web.

The Local Networks will broadcast the game.

Charliessports.com produces it for Sports Betting. Nightly MLB Expert Predictions are the best in the industry and will continue through 2019 World Series in November. We’re always providing BETTOR Friendly cards. Our signature 500* premium Betting Predictions are unreal & I promise you won’t regret purchasing, cash in Daily.

The (15-21) Cincinnati Reds lost 2-0 in the first of the three-game interleague set. It’s a huge sports day for fans in the East Bay with the Golden State Warriors hosting Houston in a crucial game five of the NBA Western Conference semifinals. Cincinnati is 6-13 on the road this season with UNDER bettors cashing in five of their previous six on the road. Former Oakland starter Sonny Gray (0-4) with a 3.98 earned run average will be on the hill for game-one for Cincinnati.

The right-hander is making his eighth start, and the Reds haven’t recorded a victory with Gray on the mound. Last year as a member of the New York Yankees he allowed five runs in five innings in a loss to his former team. After scoring 37-runs in a four-game homestand against San Francisco, the Cincinnati Reds bats need to wake up after getting held hitless in Tuesday’s 5-0 loss.

This Sports Handicappers has a free play on this contest and also while viewing don’t forget about our 500* NBA Trifecta Lock featuring the two team playing next door for 35.00.

Bovada.Lv list the Cincinnati Reds win total at 79′ games for 2019. 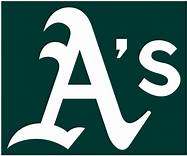 The (16-21) Oakland A’s last in the AL West, 5’games behind first-place Houston but we’ve seen this happen last season before they made run earning a wildcard berth. The highlight of previous nights delayed game was the no-hitter thrown by A’s hurler Mike Fiers which almost didn’t happen as outfielder Ramon Laureano stole a home run from Reds slugger Joey Votto. Last night’s win was just the A’s second win in ten games but OVER bettors have made profits in seven of nine following a victory. Stephen Piscotty is on a four-game hitting streak with fans waiting for Khris Davis along with the other slugger to get it going in the batter’s box.

Lefty Brett Anderson (4-2) with a 3.89 era get the start tonight. The 31-year old is has two wins with a loss and has a 5.17 era in three career starts versus the Cincinnati Reds.

The top team of MLB handicappers is on the OVER 8′ runs tonight with all eyes next door and Gray should come away with his first win of 2019.

Free Pick. Reds+105 & Over 8′ Runs. Also Play Online Poker Plus Other Casino Games and enter some of the best  Tournaments on the World Wide Web.

Local Networks will broadcast the game.

Charliessports.com produces it for Sports Betting. MLB Expert Predictions are the best in the industry and will continue through 2019 World Series in November. We’re always providing BETTOR Friendly cards. Our signature 500* premium Betting Predictions are unreal & I promise you won’t regret purchasing, cash in Daily.

The (18-9) Tampa Bay Ray planted their flag as contenders along with Boston and the Yankees in the most competitive division in Major League Baseball which is the American League East. They proved it with a sweep against the reigning World Series Champions over the, but Friday’s game was rained out. The Rays have nine wins at home and on the road. They’re beginning to get attention from ODDSMAKER, but tonight they’ll embrace a 150 road FAVORITE role which seems suspect.

Right-hander Ryne Stanek (0-0) with a 1.32 earned run average will be on the hill tonight. His last outing resulted in a 5-2 Royals home win against Kansas City on April 23rd where he lasted 11/3 innings. The 27-year old is making his twelfth appearance this season with seven starts, and he hasn’t allowed a run in 9 1/3 innings of work. Third baseman Yandy Diaz has seven runs batted in the last five games. Kansas City has won nine of the previous ten between the teams. The Betting line should be higher which is why the top group of MLB handicappers at Charliessports.com is taking the UNDERDOG. 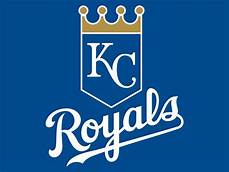 The (9-19) Kansas City Royals dropped two f three over the weekend to the Los Angles Angels. They’re 3-7 their last ten, and somehow they avoided being swept at Tampa and the Yankees. OVER bettors has taken tickets to the window in six of their previous eight games. Kansas City is 3-10 at home this season but has six victories on the road.

Brad Keller (2-2) with a 3.41 era gets the start tonight. The right-hander is back after serving a five-game suspension after hitting White Sox batter, Tim Anderson. His last appearance was against the Rays on April 22nd he lasted a little over six innings allowing five runs, seven hits and walked three batters in a 6-3 loss. This Sports handicapper believes Keller will bounce back tonight after the Royals played an emotional series over the weekend. The betting public will probably take Tampa.

Bovada.Lv list the Kansas City Royals win total at 69′ games for the season.

Free Pick.  Kansas City+140. Also Play Online Poker Plus Other Casino Games and enter some of the best  Tournaments on the World Wide Web. 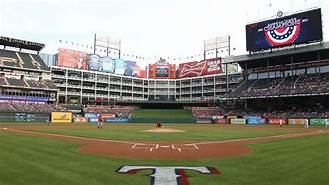 Local Network will broadcast the game.

Charliessports.com produces it for Sports Betting. Baseball Expert Picks are the best in the industry and will continue through 2019 World Series in November. We’re always providing BETTOR Friendly cards. Our signature 500* premium Betting Predictions are unreal & I promise you won’t regret purchasing, cash in Daily.

The (8-9) Los Angeles Angels have lost three of four on their current road trip including a 5-0 loss to Texas yesterday and hope to avoid the sweep tonight. Starting pitcher Jaime Barria lasted five innings allowing six hits with four runs, and they committed four errors in defeat. Slugger Mike Trout got a hit and struck out one in four at-bats for the Angels. Los Angeles is coming off of a homestand where they sweep Texas and Milwaukee in succession, but they’re 2-8 on the road with 10% of the season in the bag.

UNDER bettors have cashed in four of six between the teams in 2019 with Los Angeles winning 8 of the last eleven times they’ve played dating back to last season. Right-hander Matt Harvey (0-1) with a 10.05 earned run average gets the start tonight for the Angels. Since coming over from the National League, he’s struggling, but they’re 2-1 when he’s on the hill. Tonight could be a high scoring affair with the UNDER cashing in yesterday, and the Angels bats need to awake.

The (9-7) Texas Rangers are making profits for the betting public, they’re plus five units, usually as UNDERDOGS but they’ve been the FAVORITE in the first two against the Angels. The -135 may be too high to take a team that’s unproven and with the Angels ability to hit the long ball being a concern. Mike Minor pitched a complete game last night allowing three hits while striking out seven Angels batters.

Joey Gallo and Asdrubal Cabrera hit home runs last night for their sixth of the 2019 season. Cabrera is 3 for eight in the series and has gone deep in each of the first two games. OVER bettors have gone to the window in four of five on their current homestand. Right-hander Lance Lynn (1-1) with a 4.82 get the call tonight; his start was on April 10th where he lasted six innings allowing a run in a 5-2 in Arizona. The OVER is 10-4 Texas last fourteen at home which is our choice tonight.

Bovada.Lv list the Texas Rangers win total at 71 games for the 2019 season.

Free Pick.  OVER 10′ RUNS. Also Play Online Poker Plus Other Casino Games and enter some of the best  Tournaments on the World Wide Web.