The FOX Television Network will broadcast the game.

The NFL season is here and the #1 Football Handicappers at Charliessports.com is ready to bury bookmakers again in 2019-20.

Charliessports.com produces it for Sports Betting. NFL Point Spread Predictions tips are the best in the industry and will continue through 2020 Superbowl in February. We’re always providing BETTOR Friendly cards. Our signature 500-star premium Betting Predictions are unreal & I promise you won’t regret purchasing, cash in Daily.

After making the playoffs in 2016 and 17 the (0-0) SU, (0-0) ATS Atlanta Falcons went 7-9 SU last season. Head Coach Dan Quinn watched his team go 2-6 AGAINST THE POINT SPREAD the final eight games last year. Quarterback Matt Ryan threw for (4,924) yards for an offense that ranked tenth league-wide scoring the football. OVER bettors have cashed in five of Atlanta previous six in September. The UNDER is also 6-1 the previous seven between the two NFC contenders. They’re without Tevin Campbell but De’Vonte Freeman is healthy for the opener. Julio Jones is looking to be the highest-paid receiver in football which should happen sometimes in the next few weeks. Injuries to safety Keanu Neal and linebacker Deion Jones left holes in the defense last season. The two are healthy to begin 2019 which will pay immediate dividends.

The top team of MLB handicappers at Charliessports.com is winning at over 74.3% on our 500* MLB and NFL Preseason Betting Picks with another profitable card today for 35.00.

Bovada.Lv list the Atlanta Falcons win total at Eight And A Half games for 2019-20.

The Minnesota Vikings paid a hefty price for Kirk Cousins before the 2018 season but it didn’t make a significant difference. After getting to the NFC championship game the season before the Vikings were left out of the playoff last year. Head Coach Mike Zimmer believes his team is ready to compete after a dismal 7-8-1 SU campaign. UNDER bettors have gone to the window the Vikings last four vs. NFC opponents. Third-year running back Dalvin Cook will be an important component to the success of the offense. Offensive coordinator Kevin Stefanski added wideout Josh Doctson for a security blanket for Cousins, the two played together in Washington. On the other side of the football, the Vikings are still elite at every level. They’re 9-2 SU their eleven vs. NFC South opponents. Having a home game against an explosive Falcons offense will be an advantage.

This Sports handicapper believes the Falcons offense will be hitting on all cylinders and cover +4 points.

Bovada.Lv list the Minnesota Vikings win total at Eight And A Half games for 2019-20.

Free Prediction. Atlanta+4 Points. Also Play Online Poker Plus Other Casino Games and enter some of the best  Tournaments on the World Wide Web.

Charliessports.com produces it for Football News. NFL ATS Betting Predictions are the best in the industry. We buried the board going 3-0 on Sunday, October 14, 2018, on 500* Signature Selections. So make the smart decision and win alongside us, Enjoy the games!

The (4-1) SU, 3-2 ATS New Orleans Saints get back to business after having their bye week. New Orleans beat Washington on the Monday Night Football stage October 8th as a 6-point home FAVORITE ATS. Quarterback Drew Brees got an ovation after breaking the NFL passing record for total yards. New Orleans has the league top-ranked scoring offense at 36.0 ppg.

The (4-2) SU/ATS Baltimore Ravens are tied for first place with Cincinnati in the division. It’s the Ravens stoic defense against one of the best offenses in the NFL. Baltimore has won three of their last four SU, the latest a 21-0 shutout of Tennessee as a 2 and a half point road FAVORITE ATS. As usual, the Raven defense did a spectacular job holding the Titans offense to 106 total yards.

Kickoff will be Sunday, October 21, 2018. Game time is at 4:05 PM EST at M&T Bank Stadium near the inner harbor in Baltimore, Maryland. The FOX Television Network will be broadcasting.

The Betting Line has Baltimore three-point home FAVORITE ATS. The TOTAL is forty-nine and a half points for Sunday’s contest. 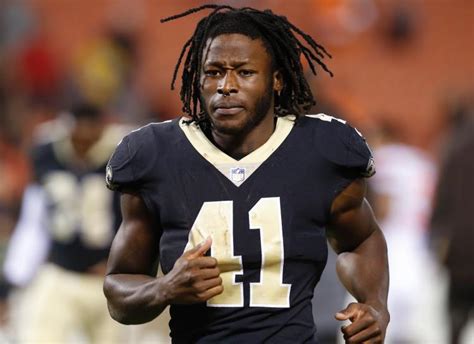 Saints head coach Sean Payton has his team on top of the NFC South division going into the third week of October. Fans in New Orleans still have a bad taste in their mouths after last season’s heartbreaking playoff loss in Minnesota. The third-ranked Saints offense averages 424.0 total yards per game and is led by playmakers Michael Thomas along with running back Alvin Kamara. Thomas is their only big-play threat and has 529 receiving yards with three touchdowns while Kamara who’s the most exciting player in the league has 351 receiving yards out of the backfield. Mark Ingram returns to help bolster a rushing attack that lacks consistency.

The Saints won’t try to go toe to toe with Baltimore; they’ll need to spread the Ravens out and make some quick throws to Kamara to come away victorious.

Baltimore got help from Pittsburgh who took care of Cincinnati last week and now the Ravens are tied for first place with the Bengals in the AFC North. Head Coach John Harbaugh drafted Lamar Jackson in the first round of the 2018 NFL draft which seemed to light a fire under quarterback Joe Flacco. Nobody will get the Ravens offense confused with the high-powered Saints but they’re scoring 25.5 ppg (12th) in the league. Flacco leads the ninth-ranked Ravens passing attack with 1,788 yards through the air. Since coming over from Seattle running back, Alex Collins has the confidence of Harbaugh with a team-high 271 yards on the ground on 76 attempts for a 3.6 yard per carry average.

The defense has always been the identity of the Ravens, and 2018 isn’t any different. Baltimore ranks number one allowing opponents (12.8) ppg and total yards per game 270.8. The leader is veteran Terrell Suggs who at 36-years of age is just as important to the Baltimore defense as Drew Brees is the Saints offense. Baltimore can get it done on all three levels of defense, and Harbaugh knows that’s what it’ll take Sunday.

A key for a Baltimore win is for Flacco to produce in the passing game; he’ll have help from the defense who’s looking forward to going against Brees.

Bovada.Lv, list the Baltimore Ravens at +130 to win the AFC North Title.

Free Pick. Baltimore-3. Also Play Online Poker Plus Other Casino Games and enter some of the best  Tournaments on the World Wide Web.

Charliessports.com produces it for Football News. NFL Weekly Picks are the best in the industry and will continue through the Super Bowl in February of 2019. The 2018-19 season is making HUGE PROFITS, and Charliessports.com will continue to expose SOFT LINES in the NFL. Friends Why waste your MONEY on the STOCK MARKET with unproven speculators with vague inside trading accusations. You can watch your CASH grow with Daily WINNING SPORTS PREDICTIONS. FROM THE BETTING EXPERTS AT CHARLIESSPORTS.COM. Our Signature 500* Sunday NFL Betting Picks are second to none.

The (1-3) SU/ATS Atlanta Falcons lost a heartbreaker 37-36 SU as a 3 and a half Point ATS Favorite to the Cincinnati Bengals. And now they’ve got a chance at another AL North team on the road. Atlanta let a five-point lead slip away as Andy Dalton led the Bengals down the field with 4:15 left in regulation connecting with AJ Green for the winning touchdown.

Atlanta is 0-6 ATS their last six in October and 0-6 to the POINT SPREAD after giving up 250 or more yards passing their previous week; they allowed 308 to Cincinnati.

The OVER has come in the last four Falcons games this season. However, the UNDER is 5-0 their last five on the road.

The teams have played twice since 2018 with both games staying UNDER the total.
The (1-2-1) SU, 1-4 ATS Pittsburgh Steelers lost to AFC North rivals Baltimore 26-14 SU as a three-point home favorite ATS in their last game. Pittsburgh continued to struggle on both sides of the ball. Fans in the Steel City were delighted that pro bowl running back Le’Veon Bell decided to end his holdout but won’t be available until week seven. Pittsburgh is in need of a win, they’ve already beaten Tampy Bay of the NFC South as the two divisions go head to head in 2018.

The OVER has cashed in for the betting public Pittsburgh’s last five after giving up more than 350 total yards in the previous game.

The OVER is 3-1 the Steelers last four at home dating back to last season including postseason action.

Kickoff will be Sunday, October 7, 2018. Game time is at 1:00 PM EST at Heinz Field where the Three rivers connect in downtown Pittsburgh, Pennsylvania. The FOX Television Network will be broadcasting.

The Betting Line has Atlanta as a three-point road underdog against the point spread. The total is fifty-eight points for Sunday’s contest.

Atlanta Falcons head coach Dan Quinn has handed the keys to a well-oiled offense to Steve Sarkisian who has the unit performing at an elite level. All-Pro quarterback Matt Ryan has thrown for 1,316 yards completing 99 of 145 pass attempts. The seventh-ranked Falcons offense have run 251 plays averaging 410.8yards per contest. Running Back, Devonta Freeman expects to be in the lineup after missing the first four games with a knee injury. The Falcons have scored 116 points through four weeks which ranks 15th in the league while the 6.5 yards per play by the unit is fifth in the National Football League.

Atlanta has allowed a total of 1,612 total yards to opposing offenses through four games. Second-year defensive coordinator Marquand Manuel knows he’ll be facing a high performing offense who’s hungry for a home win. Opponents have scored 122 points against a defense that could be without pass rushers, Grady Jarrett and Vic Beasley. They’ve already lost linebacker Deion Jones until week 10 and safety Keanu Neal out for the season knee with a torn ACL.

The Falcons defense play good on the road with Sarkisian trying to establish a running game.

The Pittsburgh Steelers have the sixth-ranked offense in Football, but they score 25 ppg while the Falcons offense goes for 29. As good as Pittsburgh is on offense they were shut down in the second half last week vs. Baltimore. The Steelers ground game could on produce 19 yards on 11 carries for the entire four quarters. Quarterback Ben Roethlisberger threw for 265 yards in defeat. The Steelers offense has run 276 plays this year for 1,644 yards, 3rd league-wide in total offense. Without Bell, in the lineup, they’re gaining just 3.6 yards per attempt on the ground. This unit averages 6-yards per play which ranks sixth in the NFL.

The once proud tradition of Steelers defenses no longer exists; they gave up 439 total yards to Baltimore of which 363 were through the air. However, they did get a couple of sacks, force a fumble while allowing the Ravens to convert one of five red-zone attempts. Pittsburgh still misses linebacker Ryan Shazier who went down with a severe spine injury last year in Cincinnati.

A key to a Steelers wins for cornerback Artie Burns to step up along with free agent Morgan Burnett.

They’ll get pressure on Ryan.

Free Pick. Atlanta+3. Also Play Online Poker Plus Other Casino Games and enter some of the best  Tournaments on the World Wide Web.