The Local Television Networks will broadcast the game.

Charliessports.com produces it for Basketball Betting. NBA Expert Point Spread Predictions are the best in the industry and will continue through the 2020 NBA Finals in June. We’re always providing BETTOR Friendly cards. Our signature 500-star premium Predictions are unreal & I promise you won’t regret purchasing, cash in Daily.

The (35-18) SU, (29-22-2) ATS Miami Heat snapped a three-game skid with a 113-101 victory over Golden State Monday as seven-point FAVORITES AGAINST THE LAS VEGAS NUMBER. Jimmy Butler (20.5 PPG, 6.8 RPG, and 6.2 APG) scored twenty-one points as Miami shot (49.0%) from the field. Also, newly acquired Jae Crowder contributed twenty-one while Andre Iguodala produced a bucket. UNDER bettors have cashed in five of the Heat’s previous six on the road. Miami is comfortably in first place in the Southeast division while being a surprise team in the Eastern Conference. It seems as though General Manager Pat Riley is all in with the acquisitions of Crowder and Iguodala. Many around the league have Miami as strong contenders for the Eastern Conference Finals. The (37.9%) Miami shoots from downtown ranks second in the Association while they’re second in the league defending the three-point line.

A key to a Heat SU/ATS victory is strong post play as they’ll need to put a body on Jazz Center Rudy Gobert every possession.

The top team of handicappers at Charliessports.com is winning at over 69.7% on our 500 star NBA, NCAA Football/Basketball, NHL and NFL Betting Picks with another profitable card today for 35.00.

The (35-18) SU, (27-25-1) AGAINST THE POINT SPREAD Utah Jazz will be looking to extend a three-game winning streak heading into the All-Star break. Utah has dropped five consecutive before getting back on track and their most recent a 123-119 road victory at Dallas Monday as one-point UNDERDOGS. Jordan Clarkson came off the bench to score a team-high twenty-five point while Donovan Mitchell and Bojan Bogdanovic added twenty-three a piece. The Jazz outscored Dallas 54 to 34 in the post and had a twenty-three point lead at home juncture in the contest. Utah is 0-6-1 ATS their previous seven as FAVORITES. Wednesday’s game will be the first against an Eastern Conference opponent in nearly three weeks. Head coach Quin Snyder understands his team is also looking forward to the midseason break but will have them ready to leave it all on the floor against a Miami Heat team that beat Utah on December 23rd in South Florida.

This Sports Handicapper believes the Utah Jazz will come out and dominate from the opening tip and will be even better the second half of the season.

Free Prediction. Utah-4′ Points. Also Play Online Poker Plus Other Casino Games and enter some of the best Tournaments on the World Wide Web. 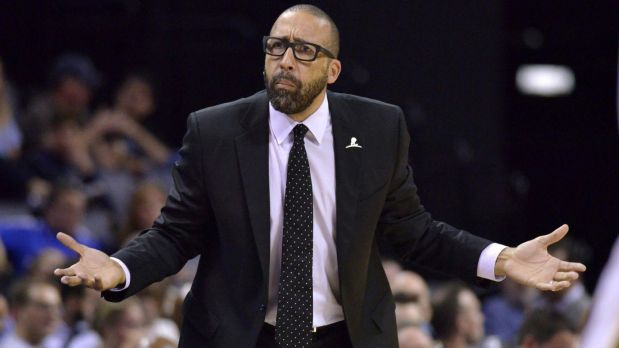 There is any number of criteria for betting. You can bet with the public or against them. You can bet with the smart money if you can identify it. You can bet on trends, such as Cleveland’s post-trade-deadline tendency to play low-scoring games. Or, knowing nothing lasts forever, you can bet against the trend. An over wager would have paid off handsomely last night in Game 2 of the Eastern Conference semifinal between the Cavs and Toronto Raptors. After watching that game, it would take some heavy stones to bet against LeBron James’ trend to absolutely dominate right now. Get the Best NBA Playoff Expert Betting Predictions.

Another factor to consider is the team’s mindset. The predominant trends in the Cleveland/Toronto series are that one team knows how to win while the other is still learning. Dwane Casey’s Raptors earned the number one seed in the playoffs with their regular season record but haven’t figured out how to get past the Cavs, even though this season’s roster was tweaked specifically for that purpose. By comparison, Cleveland turned over their roster at the deadline. Most of this group was not around for the Finals runs Tyrone Lue’s squad has made in the past three seasons. Yet they have absorbed the culture, attitude, and determination those who were have imparted. They are for all intents and purposes experienced winners even though in truth they aren’t. Winning and losing can both be contagious, the latter exceedingly difficult to cure.

In many ways, that explains the New York Knicks. The team hasn’t been relevant since Pat Riley, a proven winner, controlled the team in the 90s. Even though Phil Jackson eclipsed everything Riley accomplished as a coach, he failed in New York. Jackson had two problems as an executive:

An obsessive-compulsive, especially regarding the triangle offense, Jackson was always meddling with his coaches, whether it was Derek Fisher, Kurt Rambis, or Jeff Hornacek. Ideally, he should have emulated Riley, who turned in the key to the Heat’s executive washroom mid-season to coach the Heat to the 2005/06 NBA title. He could or would not. Commitment to philosophy was traded for discord and inconsistency. That is no cure for losing.

Jackson is gone now. Steve Mills has no one looking over his shoulder. As he rebuilds the squad around the injured Kristaps Porzingis, he has fired the remaining remnants from the Jackson era, Rambis and Hornacek. Thursday, Mills unveiled the club’s new coach, David Fizdale.

Fizdale is a former assistant under Erik Spoelstra at Miami. He learned to win from Pat Riley. His one full season as a head coach came with Memphis. The Grizzlies went 43-39 and took San Antonio to six games in the playoffs. Fizdale had a reputation for communicating with his players, something that was important to Mills in his coaching search.

Today’s players are very different from yesterday’s players. So, you have to be a person that understands who these guys are, where they come from, what their basketball journey is.

Unfortunately, that philosophy is what led to Fizdale’s dismissal in Memphis. Communications skills are less about talking then earning the respect that will compel players to listen. With top stars, that can require support from upper management. Mired in an eight-game losing streak in his sophomore season, Fizdale ‘communicated’ with Marc Gasol but the centre wasn’t having it. Fizdale benched the Spaniard, who went over his head. The club sided with Gasol and showed Fizdale the door.

There is a problem with letting the inmates run the asylum. Rare is the player with the vision and maturity to hold more power than the coach. LeBron wields it to an even greater extent than Michael Jordan did. You may have to go back to Larry Bird to find another marquee player whose leadership reached that level. Too often, you end up with a Carmelo Anthony or a post-Jackson Kobe Bryant in Los Angeles.

Fizdale will reportedly fly to Latvia to meet with Porzingis shortly. The center is recovering from a torn ACL and will not be available until mid-season. Knicks fans should be hoping the meeting wasn’t set for New York only because the 7′ 3″ star is unfit to travel.

Another rumor suggests Fizdale was brought in to help entice LeBron James to make the move to Madison Square Garden. If Mills idea of a coach is a traveling secretary for the players, and that the keys to the franchise should be given to the superstar, the Knicks would be much better off with LeBron. Unless they hit that lottery, however, bettors can go on worrying whether the New Yorkers might beat the spread rather than cover it.

Free Picks. Side and Total. Also, Play Online Poker Plus Other Casino Games and enter some of the best Tournaments on the World Wide Web. Bet Here.